This Time You Lose 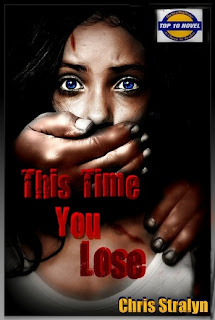 There aren't many thrillers which I enjoyed, and Stralyn's This Time You Lose immediately becomes one of them when I started reading it. The sense of danger exuding from the pages are more real than Dan Brown's or Michael Crichton's, for what is recounted within the story is something that could happen any day, on anyone.

One-liner intro: A superbly gripping and adrenaline-pumping chronicle of how one ordinary woman faced down dangerous thugs to protect the people around her.

Best part: A fiction that is more real than most thrillers; adrenaline-pumping with a real threat of death around every corner of the story.

Not-so-best part: There were hardly any references to the title until the end, but I am not complaining; too many characters, and not everyone were given a memorable appearance or involvement.

The Lady and the Man

Forget about action movies portraying people with no training but could dodge bullets and gun down the enemy gangs in one fell swoop. Those are for entertainment. This is not. This Time You Lose is not epic, the way most thrillers nowadays are. Nor is it fantasizing about a military trained hero to the rescue, for there were none that could help.

Lisa Kaamp ran a childcare center in the town, considered within the neighborhood to be one of the best. To her, thinking about and preparing for any emergencies that may fall on the center was a concern she took seriously, and she thought she had every angle covered. No plan was perfect though, so when thugs invaded the childcare center and held everyone hostage, including both the parents and children, she knew that her worst nightmare had came true.

The police forces had come to the rescue, but they dare not break into the center with strong arm tactics, for the head of the thugs, Tito, was ruthless. With a warped will to win at any cost, he met his match in Lisa, who pit against him at every opportunity available. To Tito, this hostage was a game which he intended to be the winner, getting what he want and to escape. And Lisa realized that Tito would kill all hostages, including the children, just to be that winner. With the police helplessly clueless about Tito's ruthlessness, Lisa had to do everything she could to win this game, even if she had to lose her life.


To Win or to Lose

Lisa represented the motherly love and need to protect against any incoming danger. For her to sacrifice herself for kids who weren't her own required more than just courage, it required the will to do so as well. The character was amplified more so when among all those imprisoned, she alone was singled out as the main focus of Tito's mad wrath.

Her will to win against the antagonist stemmed from her need to protect the others from elements of danger, but Tito's need to win was a reflection of a being's ruthlessness just to sate his appetite. His behavior may be exaggerated for his purpose within the story, but similar behavior was obvious in certain businessmen's greed to achieve his selfish goal and to sate his selfish desires.

While both the protagonist and antagonist tried their best to win over the other in a battle of wit and will, the other characters were there to make the situation more intense. The characters were too numerous to follow up with each of their behavior, but everyone contributed to the combined resource to keep the children safe, including the kids themselves, augmenting the story to a more heart-seizing game of cat and mouse. Certain characters were more memorable than most, and maybe the plot need not that many dramatis personae in the first place.


The Will to Win

The plot of This Time You Lose was actually quite straightforward, without twist and turn of any sort except the flashback method which revealed part of the thug's past and how they reached this point in time. By itself, the flashbacks were mere interludes to draw focus away from the hostages and to try to humanize the thugs.

But Lisa's will to win against all odds and against Tito's brutality made the story more heart-griping. Reinforcing the story was a sense of dread as lives, both the parents' and the kids', were at stake, that even the kids could be killed at any turn of the event.

Even the protagonist thought that Tito would not be as insanely cruel as that, but she found out along with the readers that madness had no bounds, that Tito would willingly sacrifice lives just so that his demands were met and to make sure that he was the winner at the end. And when that realization struck home, it was the moment when the readers really understood how dreadful it was for real-life hostages, empathizing along with the victims of the story.


This Time Who Lost?

It was obvious at the end of the story how Stralyn's This Time You Lose was voted TNBW Readers Choice Top Ten Novel. The intense and dread of the storyline was easily empathized by the reader, drawing them along the near emotional breakdown of the victims, as well as the sense of urgency to rescue and be rescued. This is definitely a good read for any fans of thrillers.