Showing posts from September, 2011
Show all

Calling all book lovers! Ever thought that you could get the book which you always wanted but constrained by your monthly budget? Fear not, the Big Bad Wolf is here! Hopefully you ain't wearing any red riding hoods...  The Big Bad Wolf book sales will commence in Serdang, Selangor from Oct 7 to Oct 16, a whooping 10 days of book sales with 75-90% discounts on 1.5 million books, and that's more discount than any other thing you could expect! Their website, www.bigbadwolfbooks.com , has more information and there is a list of classified books looking for their potential readers to bring them home as well, so do check it out and be delighted by the discounted price.
Post a Comment
Read more 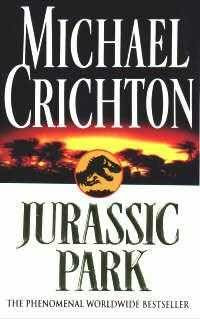 by Michael Crichton There was the novel before there was the movie, but I was captivated by the movie before I read the book, and even then, the novel itself still managed to enchant me. When the title Jurassic Park appeared on TV ads, I was filled with joy, for I was the ultimate fan of those thundering beasts that once roamed the face of our planet. The ferocity of T Rex frightened me and the craning necks of Brachiosaurus ensorcelled me, and before long, I was begging to watch them on the silver screen. The Story Everyone knows of the concept of safari, with wildlife roaming beyond the safe confines of the vehicle and participants marveling at life at its own natural habitat. Jurassic Park is that kind of theme park, combining the concept of safari and zoo along with recreation of extinct dinosaurs to enchant families and kids, while earning big bucks at the same time. The original story in the novel is slightly different from that in the movie (or should it be the oth
Post a Comment
Read more
More posts