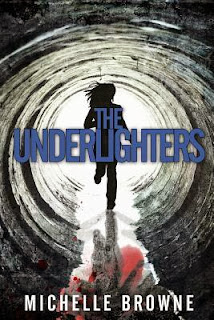 Not-so-best part: The use of obscenities, which is an obscenity unto itself; storytelling more suitable for first person narrative than a journal.

In the not so distant future, humans were forced to live underground. “Up” had become a place as well as a direction. The surface world that we all used to inhabit and taken for granted no longer welcomed mankind as Dust permeated the atmosphere, driving higher intelligence to madness while floras and faunas continue their lives unaffected. Going “Up” was reserved for the adventurous and as necessities demanded.

This would have nothing to do with Janelle Cohen, one of the inhabitants of Underlighter City, one of the underground habitats built and expanded in the half century since Dust invaded. But she was attacked by a dragon, unbelievable as it was. The attack did not end there as nightmares from her dreams manifested randomly and attacked her. Others feared she had inhaled excessive amounts of Dust and was driven mad by the substance which nobody understood.

She would have believed so herself if the same nightmares did not manifest in front of others as well and attacked them. Nightmares may be a trick of the mind, but a slash wound on the abdomen definitely dismissed that possibility. As she tried to unravel the sudden manifestations and attacks, she realized that Dust may not be just passive particles driving inhalers insane, but could be nightmares made real.

The subterranean held the imaginations of mankind, wonderful kinds like Journey into the Center of the Earth and horrors like Dante’s Inferno, for eons. So when the surface world was rendered uninhabitable by humans, they went down to eke out an existence. Such a world has an interesting twist to it – the world is only uninhabitable by human, but life goes on for animals and plants. This mirrors the biblical flood except it deals a punishment to mankind much more efficiently than a deluge, the latter of which wiped out innocent animals as well.

The Underlighters created a most intriguing and creative society – a liberal future where genders interaction is not bound by current conservative thoughts. I was confused in the beginning of the story when I tried to plot the relationships between characters, and when I read their names, I thought I had mistaken a boy for a girl and vice versa.

In The Underlighters, gay marriages are usual and there is also the possibility where three persons enter a marriage where all have a relationship with each other. OK, this gets weird here: this is not a love triangle. Due to the fact that a person can be bisexual, imagine all three of them being so. This creates a situation where all three of them really could love each other. Interesting thought…

There is also a third gender creation in this world – the Between. Essentially this gender is neither male nor female, yet it incorporated both. Brown even created gender pronouns for this androgynous and thought provoking situation – xe, xis, xer. Interesting as it is, I am not sure everybody could accept all the above in our reality.

Liberal as such situations may be, it does create complications to a society, especially so when it comes to a world where population does not suffice to fulfill tasks. With the human population decimated by Dust, liberal marriages do not create offspring, thus jeopardizing a society where the numbers dwindled and could not increase. Brown remedied this situation by suggesting regulations in the story through conversational hints to make sure the population can be maintained but I sincerely doubted such a change could happen.

Plot and Style: The Journal of an Underlighter

The storyline of The Underlighters is rather straightforward, with almost nonexistent twists, although the story redeemed itself with an interesting ending. Reading towards the first quarter of the story does leave me perplexed as to what is the targeted audience of this novel. From the age of the protagonist and the hormonal outbursts in the story, not to mention all those complicated relationships, the story has the young adults in mind. However the amount of curse words and vivid description of sex, it somehow seemed to be more of an adult theme.

To portray the story in the format of a journal has a few advantages to the storytelling. For one, steamy erotic side of a personal life granted a voyeuristic feel to the story. It makes more sense to tell love stories and relationship gossips in a personal diary than it is in a story where horrors are happening although it still gets a little out of hand when they are too vividly described. This storytelling method also gets the upper hand with emotional bursts that are deeply personal. Brown no doubt made good use of this format to tell the story of The Underlighters, except for one contradiction – conversations.

And I barely noticed this discrepancy until I almost finished the novel. It just makes no sense that I would write a full conversation down in my own diary. I know, because I used to keep one myself. I would record my deepest and most personal emotions which I would not show to the world, but definitely won’t bother with writing what I conversed with other people. It is no big deal though as conversations formed part and parcel of all stories. Without it, the novel would just appear weird.

Another barely noticeable contradiction to the journal format is the fights themselves. Once again I do not believe that I will recreate the whole fight in my own diary, but it may be more suitable if Brown tries to describe the fights through Janelle “feeling the aftereffects of a slice to the abdomen by the rather huge whatever-monster”. This was how the story started, without laying out the whole fight with a dragon, but enough to leave readers speculate and let their imagination fill in the gap.

I believe that the story is more suitable to be portrayed as a first person narrative. The journal format is just too incompatible with the way the story would be told, but this does not hinder me from praising the story for its originality. I would appreciate that fewer obscenities be used because I read a book for its storytelling through masterful utilization of a language, not for the curse words. There just isn’t any advantage to a story by using curse words. It only dims it in my view. 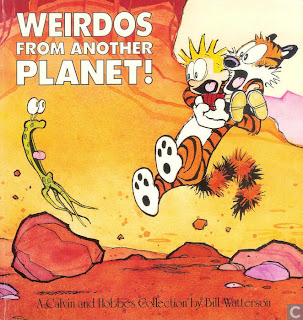