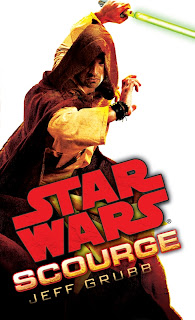 The impression of a Jedi being someone brandishing a lightsaber and hurling Force this or that is hard set on most die hard's mind, especially if the aforementioned is a Jedi Master. A show of his mastery of the Force along with wise words to his apprentice are almost always expected from a Star Wars novel featuring such character.

So imagine my surprise when the presented protagonist was a Jedi Master who was anything but. Welcome to the world of Scourge.

There is nothing novel in a story which featured a protagonist who was not confident in his abilities, even if he was a Jedi Master. But Mander Zuma was a different breed of Jedi Master - he was an Archivist. In other words, he was a librarian with spectacles to go with (yes, he really had specs).

His involvement in the story began when a Jedi Knight, his former apprentice, died while executing a mission which should be simple and straightforward. He was perplexed to the death of his former apprentice and that led him to question his own ability as a capable master and teacher.

Drawn into the scene were two other protagonists, each as interesting as Mander Zuma himself: the sister of the dead Jedi and her accomplice, a silent but intelligent Bothan. The trio's investigation of the death led themselves into the dens of criminal Hutt lords and Corporate Sector battleships, but eventually they had to come face to face with the most deceptive mastermind pulling the strings. 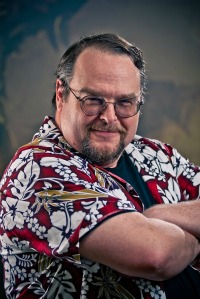 What made Mander Zuma such an interesting character was his status as an Archivist (again, librarian with specs). I am used to Jedi Masters who put a show of Force and swinging lightsabers as if they were dancers, but the protagonist was just a simple librarian. He was not the best combat expert or tactician, nor was he even familiar with spaceflight, which somehow was something which you came to expect of all Jedi.

But he did not enter the story without bringing with him anything. I loved his particular strength of analysis - a cool head to think through situations and using his knowledge to resolve problems. He would read up manuals, facts and whatever volumes he could about the situation he would face before he face it. As an engineer who did that myself, this was a particular cool way which relate closely to my nature and job.

He could read up a military's history and operation manual, and then use the laws to predict what they would  do or not do in order to defuse their situation. Instead of facing the Hutts as Luke used to do - going in without understanding them fully, he read up every available volumes on their customs and even learned their language before trying to communicate with them. How many of us could say that we had the patience to do that in an impatient society constantly pushing for speed?

With the death of his former apprentice, his doubts about himself intensified as he questioned whether he had prepared the former fully and whether his lacking was the reason of the former's death. Somehow his strength in analysis also made him aware of his own shortcomings, which he had to overcome and make peace with.

Another particularly interesting plot of the story is the fact that the patron Hutt was honest. Any good Star Wars fans would know that Hutts were species famed for being criminal, so moral value did not exist in their vocabulary.

Scourge focused on the Hutts' custom and history more than other Star Wars novel did. Their criminal nature, the belief of their civilization and their slavery of other species were all laid out for readers to understand fully the nature of this famed species known to most as vice lords. With a twist of the story, there were even a few Hutts in Scourge which break the usual expectation of them being dull slugs.

As much as Scourge is interesting, with all its colorful characters, it is not the best Star Wars novel I had read. For Grubb's first foray into the Star Wars adventure, it isn't that bad either. Still it is the pristine white cover which draw my attention more than the story itself, which became a little too predictable near the end.

The story itself was actually adapted from a roleplaying gamebook called Tempest Feud. The interested reader could access more information about it in Star Wars Wikia. 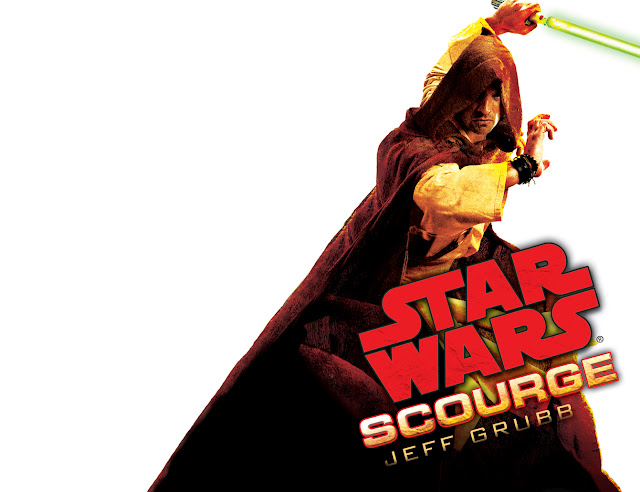