When I got hold of this novella, I was expecting a swashbuckling story about a pirate's adventure on sea, maybe not something of the magnitude of Pirates of the Caribbean, but at least with a story which I could relate to a pirate. Unfortunately, the only thing I could relate to those scoundrels at sea was the fact that the protagonist and his crew were pirates.

The Story of the Dragon Wynd

The summary of the story was thus: Jalen Shenn, captain of the ship Dragon Wynd, was constantly persecuted by the Empire, even prosecuted for made up crimes which he did not commit, all for the reason that he was carrying his family's name. He was betrayed by his most trusted crewman while serving under the blue flag of Freehold, and his wife was caught and never to be seen again.

Plagued by the relentless persecution of the Empire, the betrayal of his trusted friend and the disappearance of his wife, he faced two choices before him: to bow to circumstances and continue his existence in anonymity, or to raise the flag of bones and proclaim himself a pirate once more.

And that is the end of the story. Really.

The Plot of Dragon Wynd

With the settings of a fantasy land and a pirate background, an adventurous story is almost always expected of it. Unfortunately, The Shallows fails to meet these expectations. A mutiny which could have turned against Jalen resolved itself without requiring the captain to do much. A chase which could have been hair-splitting close to escape had the crew calmly steer the ship through pages without any fear that the Empire was getting nearer. The elements of an adventure are laid out carefully like a bait, but they just weren't employed to properly ensnare the reader.


The plot is another item of disappointment. As Pepper artfully wove the narrative through events of importance, it got dragged out into a lengthy essay without revealing too much about the plot. Even the event itself isn't much of a milestone to warrant a detailed description of it, leaving me feeling a little conned with high anticipation for some action or at least some revelation of great magnitude.

The overall plot isn't too exciting, with trivial events being drawn out in lengthy description which had nothing to do with the plot. To take for example, a certain section about steering the ship into a harbor was depicted in detail, including a special mechanism to draw it in. Such a lengthy depiction led me to a suspicion that this could well meant something of importance to the plot or could be an elementary milestone that could be in favor or against the pirates. Unfortunately, it has nothing to do with those, and it isn't even something of a construction wonder in the story. If it is supposed to be (a wonder), Pepper's writings fail to convey that sense.

The Narrative of Dragon Wynd

Pepper's choice of employing non-conventional English in conversations, something akin to the archaic style used in The Lord of the Rings, lends some authenticity to Shallow Waters. Somehow this style of writing got me, and maybe some other readers, tangled in its web. The grammar of the conversations gave me a headache at the beginning, not unlike English speaking nationals listening to Singlish for the first time. It isn't a bad thing for Pepper to try this style of writing, but not all stories could use it successfully like The Lord of the Rings.


The narrative of the story strikes me as subdued with a sad tone throughout. Since this is a pirate story, I would suppose that Pepper tries her best to promote Jalen's story as one which points to no choice but being forced into entering (or re-entering) the piracy field and hoist the flag of bones.

While this may sound the logical thing to do, perhaps she has overdone it, making the overall story without a hint of excitement. The peaks and valleys of an adventure are all drowned under the tone of Jalen's own misery.

The story is seen through the eyes of Jalen Shenn and told in a first person narrative. Somehow Pepper decided to work the story of interludes through the eyes of other characters, with me reading a few paragraphs into the chapter in confusion before realizing that Jalen was nowhere near the narrative at that moment. Whatever the reason for this choice of narrative, I for one find it discontinuing to the momentum of the story.


The Other Stuffs in Dragon Wynd

Another item not in favor of Shallow Waters is the lack of explanation of the measurement system used in the story. The term "Talon" is used variably either as a measurement of time, currency or weight. That got me confused for a while before realizing that it does not mean the same thing.

Mythical and fantasy creatures are featured in the story, and the lengthy descriptions for the aforementioned trivial events are ironically lacking. Unlike those usually presented in most fantasy novels, the few creatures and the various culture here are a change from the conventional ones. This is a plus for Shallow Waters and more depiction of them and their characters/characteristics would definitely be welcomed.

This is especially true for the few different cultures mentioned in the story, which will do better if they are given a brief history, cultural characteristics as well as their interaction with the Empire. Adding finer touch, and preferably adding them into Jalen's struggle and adventure, may be one of the key items for Pepper's consideration in the protagonist's future adventures.

On the other hand, Jalen's character is pretty dry, and the same goes to a few of the important characters. Although some are shrouded in mystery and their secrets still concealed for future stories, not much interest is raised towards their direction. They are like shadows - you saw them and you are wary of them, but you just could not grab at them nor could you know what cast them. And so in the end, you are left reading the story of a vague character although he is featured prominently, his name almost being mentioned at every few pages.

Wrapping Up the Dragon Wynd

This is the first time I provided more negative observations than positive ones, but since this is Pepper's first foray into published work, I would not give up hope on her future stories. Although no attention grabbing adventures, no handsome scoundrels and no spectacular escapes (there was but I don't feel spectacular) lined the story, given more introduction and development of the novel sea-going cultures as well as some mythical creatures, this could still turn out to be an interesting story going forward with unexpected developments.

More on Flag of Bones could be obtained through her website here: http://jalenshenn.webs.com/. The website is set up to be an aid to the series which could well be a great story in progress. 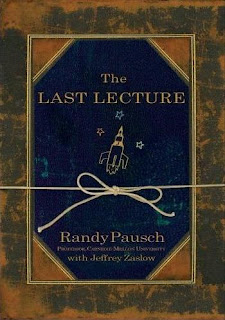