Red Leaves and the Living Token 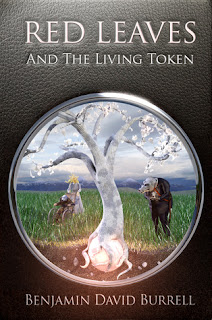 Although the beginning was quite uneventful, the story's introduction of all new races made this an original work by itself.


One-liner intro: An epic in the making, with all new races and a heart racing momentum pushing past the pages.

Best part: A cliffhanger at the end which draw me to wait for the sequel; a twist in which the main protagonist was not the hero, but the protector to the hero; a good build of momentum which held me glued to the pages; an epic quest facing mythical forces.

Not-so-best part: Races were not dressed with more detail; races were too alien with very little human reference.

Raj was devastated when the doctors, after months long treatment and observation of his son, Emret, told him to brace for the worst. His son was plagued by a mysterious illness which will kill him, and after a series of misfortunes in his life, he just wasn't ready to accept this latest disastrous news.

To make matter worse, Moslin, Emret's nurse who took care of his son dutifully and with all the love she could muster, spent time reading to her patient heroic stories and fantastic miracles from a fairy tale despite Raj's opposition. He was worried that Emret would harbor false hope after listening to those fantasies and be devastated when he learned that these were no more than just stories.

He did not dislike Moslin, and was even grateful that she was willing to do more than her duty towards the dying Emret despite them being from different races. But when his son believed so strongly that the mythical Red Tree could cure him and was willing to seek it out, Raj's anxiety overcame his gratitude. Moslin was dismissed but he returned to only see that both the nurse and the patient were gone.

Raj had lost a lot in his life, and he wasn't going to lose his son's final moments. Along with his reluctant Petra  butler, Rinacht, they embarked upon a blind journey which none of them prepared much for. Raj was little aware of the grand scheme of things unraveling around him, including a mysterious Lord Valance's interest in his journey, but he was only determined towards one goal: to get his son back.

And his only help lied in the mysterious little white emblem he found on the night he prayed for a miracle and help for his son to be cured. 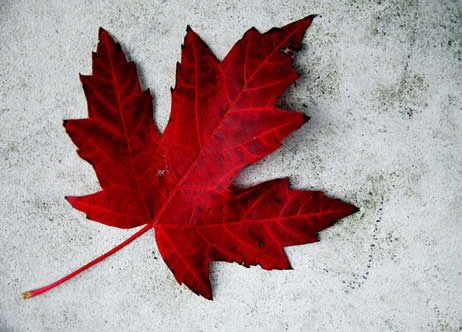 The Lord of the Reds

I am fond of comparing new works against popular literature, so that it will be obvious what's the difference and what one could expect from the new book. And I pick The Lord of the Rings to reflect this story. The initial buildup to the story was quite slow, bordering on uneventful. Once the momentum was built up though, it was quite hard to put it down as it drew me in to the unfolding danger around the protagonists.

The fight near the end along with the myth of the Three Reds was quite epic, introducing a story which was quite original by itself. The only downside was the slow build up of the story at the beginning, as well as a slight confusion with the races.

When it usually was the younger protagonist who usually stole the limelight, this time it was the father who did so. What's more was that the father had a chance to do the right thing, yet failed to do so and the responsibility passed down to the son. And so the story became a story of fatherly love, of how Raj wanted to save and protect his son, only to pass an even greater burden to him, potentially losing his life in the process. This strikes me as a novel idea which most stories did not exploit.


The Races of the Reds

Although the introduction of all new races lent Red Leaves and the Living Token its own sense of originality, much like The Lord of the Rings did when elves and dwarfs were first introduced to the fantasy world, it would have been better if more about these races were elaborated in the story.

From the bits and pieces dropped like bread crumbs in the story, some light was shed on the three races. The protagonists were Zoen, people of Zo, which resembled humanoid beasts with fur to match. Moslin, nurse to Emret, was a Bota, from a land with the same name. The Bota resembled a fusion between plants and human, representing the green side of the world. Petra was the same name given to the land as well as its people, which resembled animated walking rocks. The three lands were not officially on good terms but neither were they at war with each other.

The introduction of these three races made me reflect on how our world operates. Although the nations were wary of each other, the people got along just fine with each other. Most of the times, citizens were like children, playing well along with each other regardless of the difference in their race and culture, until the leaders of the nations declared war on each other, denouncing the others as below themselves. And thus, the citizens were drawn into the war of hatred, forgetting why they were at war with each other.


Of course, not to be forgotten were the mythical races of Keepers, in which glimpses into their descriptions showed them to be like human. Maybe in this world, Burrell chose to keep human involvement as little as possible, letting the story run with all 3 of his fantasized races.

All three races of the story were thrown immediately to the reader as soon as the story starts, allowing no time for the reader to first familiarize with one race before being introduced to another. With the races being so alien, as opposed to the tall elves and short dwarfs of The Lord of the Rings which still resemble humans barring the pointed ears and short stature, I was initially confused as to how each race looked like, or what their abilities were.

Most satisfying was the ending of the story. At the end of an epic battle, there lies a cliffhanger which just made me looking forward to the sequel to the story. All in all, this was a quite satisfying read, worthy of its share of stars.